Again and again the Psalmist encourages us to “worship the Lord” with instruments, dancing, singing, clapping of hands, shouting…

So what exactly is the God of David asking of us, and what does a true worshiper look and sound like? Great questions for sure; let me see if I can shed a bit of light on this very important subject in the next few paragraphs.

In John chapter 4 Yeshua (Jesus) has a highly personal conversation with a Samaritan woman at a well. When she discovers that the man she is speaking to is no ordinary Rabbi, she asks an unusual question. In order to save time and space here let me simply boil it down to this. She asks Yeshua, …

In his answer He tells the woman that worship is not so much about a place, and that Jehovah was still looking for those who would worship in “spirit and in truth.”

The word used for worship most often in your Bible is the Hebrew word “shachah”. It means to “bow down, to make yourself prostrate, to honor and to esteem.”

Our western culture does not include this kind of gesture in our normal way of greeting folks. So the thought of how to implement the Hebrew understanding of worship may elude some of us. However, if you look beyond what is customary for western tradition and into the nations of the world, you will find other expressions that more closely resemble a Biblical view. 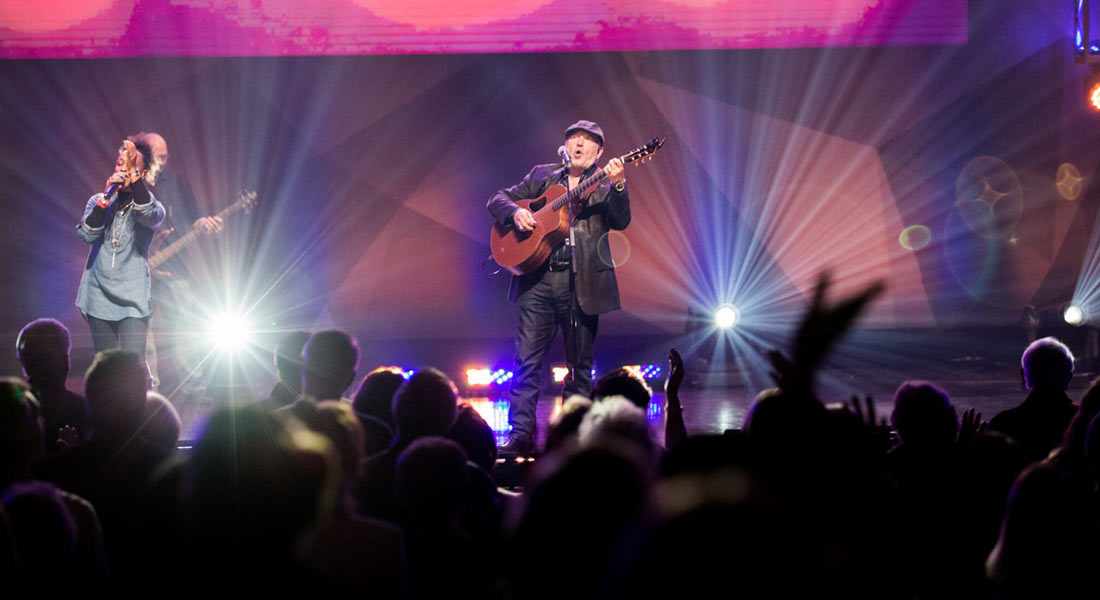 For instance, if you go to Asia, nations such as Japan, Korea, China and the like, you would not extend a hand to say hello, rather you place your hands close to your body in a non-threatening fashion and reverently bow from the waist to say hello. Religious Jewish men will bow when praying daily prayers before the God of Israel. In fact, in ancient times if you didn’t bow very low before a throne or a person of high stature, you would quickly say good-bye to your head!

Let’s look at this word “worship” from another angle to see if we can get closer to what I am saying here. When a young man really falls head-over-heels in love with the lady of his dreams, sometimes it is said of him that he might even worship the ground she walks on. Have you heard that expression or am I really dating myself here? She’s the last and greatest thing on his mind when he goes to bed; when he wakes up he texts her to say “good morning, I hope you slept well”; if she calls during the day he answers his phone even if he’s with his boss in a very important meeting; when he chooses his clothes for the day he picks the ones she said looked so good on him. You get the gist here. Everything he does, says, and wears has one goal in mind…to win the heart and hand of this most captivating creature for life, no matter what the cost!

Yeshua said the same thing when He said, “If you love me, keep my commandments” (John 14:15). And He told us the greatest commandment was to love the Lord your God with all your heart, soul, strength and might.

Is it the person who sings the loudest during the song service, dances in the front of the sanctuary with a tambourine, blows a shofar whenever something stirring is declared, cleans the building, what??

Do you remember what the prophet Samuel said “…to obey (the Lord) is better than a sacrifice…” (1 Sam.15:22)? I believe we are now getting closer to what the Bible means by worship, or shachah.

Genesis 22 for me is the definitive chapter in the entire Bible on the subject of worship. I love this chapter! It is filled with word studies and more to leave the student with a sense of wonder and amazement—both at the faith of Abraham and the faithfulness of the God he loved and worshiped. In fact, the people who were true worshipers of God were called “friend.” Imagine being called friend by the God of Abraham? This is actually the reward of those who are worshipers in spirit and in truth.

I have to be careful here because I am tempted to start at the top of chapter 22 and go literally word-by-word, but that will have to be another book! So let me summarize the chapter and get to the point of all this.

The chapter opens with a bizarre conversation in which Jehovah asks Abraham to take his eighteen-year-old son Isaac to a mountain top and offer him as a burnt offering. Much of the rest of the chapter speaks about the preparations, the three day journey, climbing the mountain and building an altar.

But now comes the point of the whole adventure. Isaac seems to agree to the whole sacrifice idea and climbs up on the altar he just built with his father. Abraham ties his son’s hands and feet and lifts the knife over his head in preparation to slay the sacrifice.

Just at the last fraction of a second the Angel of the Lord appears from heaven and stops the hand of Abraham saying…”Stop! Do the boy no harm, for now I know that you truly יְרֵא אֱלֹהִים (yireh Elohim, fear God). If you dig a little deeper into that word “yireh” you will find that an alternate definition for that Hebrew word is “worship!”

So what exactly is Abraham being commended by God for? It is the fact that no matter what God asked for of Abraham’s possessions, even his only son, the answer was always yes. And the word “yireh” that is most often translated as “fear,” is also revealed to us to be an essential part of true worship; not fear as in terror, but fear as in honor or esteem.

Now, what does it mean to worship the Lord in spirit and in truth, and why did the Prophet Samuel say to obey is better than a sacrifice? I believe you know the answer now, don’t you?