Let me begin with the end, as I am afraid you might not finish this blog and the end contains my most important thought. As an Israeli, I feel confident—protected—even bold.

Based on events around the Middle East and the collapse of American strength, I shouldn’t have this feeling. So why do I? It is the prayers of millions of believers around the world. Let’s start here …

There is no week like this week to enjoy the hatred and verbal wrath from the nations. It is UNBIW, otherwise known as United Nations Bash Israel Week. All the world leaders come together in New York to act out Psalm 2 were it speaks of the “Kings of the Earth” coming together to conspire against God, the Messiah and debate who has the rights to Jerusalem.

The Lord responds to these men with a mixture of amusement and wrath:

“He who sits in the heavens laughs; the Lord ridicules them. Then He will speak to them in His wrath and terrify them in His burning anger: ‘I have installed My king on Zion, My holy hill'” (Ps. 2:4-6).

He laughs at the absurdity of their alliance against Him—indeed, He is their Creator. He holds the key to their every next breath. But He then rebukes them, proclaiming He makes the rules regarding Jerusalem and who will rule it.

With the Syrian crisis and the battle between Obama and Putin intensifying, Israel has not been the primary focus this week. But most of the Arab states cannot resist attacking Israel on the world stage. Qatar’s Amir Tamim Bin Hamad Al-Thani is no fan of the Jewish state:

“(Israel is) the last de facto colonial issue in modern history … the persistent violations of the sanctity of al-Aqsa Mosque … extremist religious political forces tend to rely on literal interpretations of text versions dating back to thousands of years in order to desecrate other people’s sanctities, occupy their land and to settle on it. Isn’t this tantamount to a religious fundamentalism? Isn’t this violence an act of terrorism carried out by radical religious forces?”

Of course, these claims are fantastic. If he really cared one iota about religious terrorism, he could have mentioned Hamas, Hezbollah, ISIS, Iran, Saudi Arabia or al-Qaida. Even in moderate Egypt, Muslim fanatics are beheading Christians.

But I digress. This blog is not political. I am writing you from a very special conference that Maoz Israel, our parent ministry, hosts every year. It is called the China/Israel Kingdom Destiny Conference. Several hundred Chinese leaders from the underground church come to Israel for this gathering during the Feast of Tabernacles. Last night after Ari Sorko-Ram gave an eloquent message on Israel and the church, we began to pray. I should say they, the Chinese believers, began to pray. They prayed with passion and tears.

At that moment, it hit me.

I live in Israel. We are the most hated nation on earth. Everyone wants us dead. As I said, it is UNBIW in New York. If we move a flowerpot on Jerusalem’s Temple Mount (which is under Jordanian control despite being in Israel and the most significant site in Jewish antiquity) it is perceived as an act of violent terror and attracts the ire of even moderate Muslim leaders like Jordan’s King Abdullah and Egypt’s President Al Sissi.

We are in an impossible situation. ISIS, which grows stronger every day, is determined to destroy us. Iran calls for our destruction every 24 hours. Jenny Tonge, a Member of Parliament in the U.K. said in 2010:

“The treatment of Palestinians by Israel is held up as an example of how the West treats Muslims and is at the root cause of terrorism worldwide.”

The Iran Foreign minister echoed this sentiment recently when he said the “root causes of terrorism and extremism in the Middle East are the expansionist policies of Washington and Tel Aviv” (source).

I am tempted to explain why these statements are absurd, but that is for another blog. My point today is simple: Despite the horrible condition of the world, despite the Islamic appetite for Jewish blood and despite the fact Iran could soon have a nuclear bomb, I feel blessed.

The Power of Prayer

Seeing this group of Chinese Christians pray for Israel (and they are just a small representation of the pro-Israel Chinese church) didn’t make me more confident, but it showed me why, in the midst of the craziness, I feel the blessing of the Lord. It was through the prayers of Jews like Simeon and Anna that God sent the Messiah and opened the way of salvation for the nations. It will be through the prayers of Gentile believers, like these from China and from all over the world that Israel will return to her God and Yeshua will return to planet earth to take up his throne.

Thank you for your prayers!

Ron Cantor is the director of Messiah’s Mandate International in Israel, a Messianic ministry dedicated to taking the message of Jesus from Israel to the ends of the earth (Acts 1:8). Cantor also travels internationally teaching on the Jewish roots of the New Testament. He serves on the pastoral team of Tiferet Yeshua, a Hebrew-speaking congregation in Tel Aviv. His newest book is Identity Theft. Follow him at @RonSCantor on Twitter. 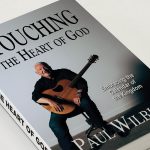 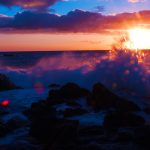 ARE YOU IN LOVE STILL?Paul Wilbur