THE END OF AN ERA

awoke this morning to the news that a man I deeply respected had passed away. It is not only the death of a friend, it is the end of an era.

President Shimon Peres was a man with many titles. There were very few significant positions in the Government of Israel he had not held. He was a Member of the Knesset, Minister of Foreign Affairs, Minister of Finance, Minister of Transportation and Minister of Defense. He served two different terms as Prime Minister, and also served twice as interim Prime Minister. His final official position in the Government of Israel was as the Ninth President of Israel. I had the honor of serving in key positions for some of the major projects he took on after he left public office, as he continued to serve the people and nation he loved so dearly until his final days.

President Peres served by engaging people in dialog. He was always willing to establish a relationship, even a controversial one, if he felt he could be an advocate for peace, just as he did with Palestinian leader Yasser Arafat. If Shimon Peres felt that his globally-recognized position as an elder statesman could break down barriers and build bridges, he was willing to try.  Most recently, he was deliberate in reaching out on behalf of the people of Israel with a message of friendship for Christians, and to Christians with a message of love and appreciation from the people of Israel.  He agreed to serve as the first International Chairman for the Friends of Zion Heritage Center in Jerusalem, a museum dedicated to sharing the all-but-untold story of the love and heroism displayed by Christians whose sacrifices played a major role in the establishment of the State of Israel and Christian Zionism.

He was undeniably one of the fathers of modern Israel

n that role, Peres decided to recognize former President George W. Bush with the inaugural Friend of Zion Award for his determined and unwavering commitment to Israel as President of the United States; even flying to Dallas TX to personally present the award. When I approached President Bush’s office to inform them of Peres’ desire, I was impressed by their deep respect for this elder statesman, exemplified by their instant willingness to do whatever was necessary to accommodate President Peres’ itinerary. This was just one of many examples of the high esteem he commanded around the world.

Earlier this year, when I asked Pope Francis if he would be willing to meet with President Peres in Rome, he agreed without hesitation. Like President Bush, the Pope held Peres in high regard. To bring these two global leaders together for a conversation about building bridges of communication was a dream come true. Whenever great leaders have the opportunity for dialog, immense possibilities abound.

Though all of these insights speak to the depth of character of Shimon Peres, they do not address my “end of an era” comment.  With Peres’ death, the last great statesman who fought for the very birth of Israel is laid in the dust of the restored nation. Peres served alongside David Ben Gurion and Moshe Dayan. He fought with the Haganah, the precursor to Israel’s present army. He was undeniably one of the fathers of modern Israel. And now he is gone. Many will hold differing views of his service to his nation. Peres himself saw his career as a mixture of failure and success; but was proud of his role in the continued existence of the nation he loved so dearly.

Shimon Peres, of blessed memory; a national father has departed. 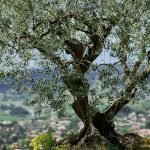 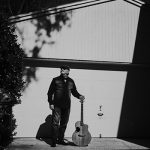 Road UpdateUncategorized
X
We use cookies to ensure that we give you the best experience on our website. If you continue to use this site we will assume that you are happy with it.Ok