SHAVUOT, THE FEAST OF WEEKS

Shavuot, the Feast of Weeks, also known as Pentecost is a very special time on the Calendar of the Kingdom. I see it as a marriage feast. How so, you ask? It is the marriage of the Law of God, or the Word of God if you prefer, with the Spirit of God. Isn’t it amazing that on the very same day that Israel was celebrating the giving of the Torah to Moses on Mt. Sinai that the Holy Spirit, or Ruach HaKodesh, was poured out on the believers there on Mt. Zion in Jerusalem. And just to keep the theme of mountains going here, Yeshua delivered the New Covenant Torah on the Mount of Beatitudes, and will return to another mountain…the Mount of Olives!

Some say that the followers of Yeshua were tarrying for the outpouring of the Spirit in that ‘upper room’ and don’t seem to realize that these first century Jews were gathered there to celebrate a very important event. The disciples weren’t told to wait in some hiding place in Jerusalem until the gift of God (that they didn’t understand) was somehow given to them. True, they gathered every day from house to house, praying and thanking God for the gift of Messiah, but they were also very aware of, and gathered together to thank Him for the Word given all those years before. In other words, they were there to celebrate Shavuot!

Many preachers will tell us with great exuberance and confidence today that we have been freed from the ‘bondage’ of this Law and we are now under grace. I wonder, then what the Holy Spirit meant when He inspired Jeremiah to write the words in the 31st chapter telling us under the New Covenant, “I will put my Law in their minds and write it on their hearts,” (vs.33). And what about the prophecy of Ezekiel in chapter 36 that the Torah of God would be written on hearts of flesh instead of just tablets of stone?

Without getting too far afield here I look around the world as I travel and see something that concerns me. Have we become a kingdom where every man is a law unto himself? Have we become a ‘lawless’ bunch without an anchor or plumb line in our pursuit of freedom? I wonder. Very recently a well known pastor of a large church declared on the Oprah Winfrey Show that the New Testament was a bunch of old letters from Paul; or something to that effect. Are you concerned yet? As of this writing, our very own Supreme Court is considering the argument to redefine marriage as being the covenant between one man and one woman. Before you get too upset, remember that not long ago another well known preacher declared marriage to be an assignment instead of a covenant, inferring that an assignment can be fulfilled, freeing you to move on to your next assignment. How do you feel now about spending all that money on your wedding assignment if you might have to shell it out a few more times in your life?

So where do we go from here? Well, I for one am a proponent of surrendering to the Law, the Torah, the ways and precepts of God as inspired and directed by the fullness of the Holy Spirit, the same Spirit that raised Yeshua from the dead. Otherwise, what do we mean when we boldly quote Joshua 1:8 or Psalm 119:11, and so on and so on? How about those 10 commandments that came down from Sinai with Moses. Sorry, I meant nine commandments because obviously the Sabbath is no longer important or relevant; in fact the Sabbath has been downgraded to a spiritual principle and not really a directive from our Maker as part of the rhythm of a Kingdom lifestyle of work, worship and rest.

I believe we have a divine demonstration laid out for us on this Feast of Weeks. It was orchestrated and executed by the One who made us and redeemed us by His Righteous Right Hand at Passover; and then He empowered us to keep His covenant on the same day He gave us His Word and showed us His ways on Mount Sinai with the pouring of His Spirit.
Here’s another way of saying this. Under the original covenant with Moses and the children of Israel, they were instructed to listen to Moses and the teachers of the Law and “…(you) bind them around your neck, (you) write them on the tablet of your heart,” (Provs.3:3). But under the New Covenant, Adonai declares “I will put my law in their minds, and I will write it on their hearts.”(Jer.31:33) This is certainly something to rejoice in and celebrate aloud. So the keeping of the covenant becomes an open book test! The teacher who administers the test actually lives in your house and tutors you every day so you can pass with flying colors. What a deal! 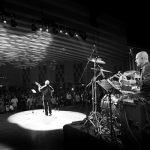 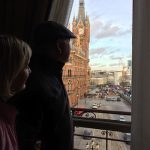