The summer is fleeting, kids are already back to school, and the High Holidays are approaching quickly. September is the month this year for all three feasts of the Lord. No, not the Jewish Feasts, the Feasts of the Lord! In Leviticus 23 verses 1 and 2 we read, “The Lord said to Moses, ‘Speak to the Israelites and say to them: ‘These are my appointed feasts, the appointed feasts of the Lord, which you are to proclaim as sacred assemblies.’”
The Hebrew term used here is ‘moedim’ (pronounced mo-e-deem), and it means ‘appointed times’ or appointments. Every year, God placed appointments on His calendar when He told the Israelites to come up to Jerusalem and meet with Him. Why do you think that was? Was it to have a good reason to throw a party, see everyone from around the nation, or was it perhaps because He had something to say? I really believe it is the latter of my suggestions here.

Unfortunately, over the last two millennia when there has been a nations majority in the Body of Messiah, these feasts have been largely abandoned by the Church and relegated to the status of Jewish feasts; not something that Christians would have any interest in observing. In fact, as you well know, Biblical timing and names have even been changed to protect the (guilty) innocent!

Passover is a very good example of this process stated above. The celebration was moved from it’s biblical timing on the Hebrew calendar, the name was changed, Passover became Easter, the foods to celebrate with were altered, the Passover lamb became the Easter ham, unleavened bread became chocolate bunnies, in the modern church the amazing story of the Passover is completely ignored, and the list goes on. I am not being critical here, simply saddened that we have been so completely removed from our Biblical roots that these feasts, invitations to hear the King, are mostly unknown and misunderstood by most of the Christian world.

I go into these things much deeper in my latest book entitled, “Touching the heart of God; Embracing the Calendar of the Kingdom.” In fact you can pre-order a copy at www.wilburministries.com/Touching-the-Heart-of-God. The Feasts of the Lord were marked by the supernatural, His manifest presence, and the uncovering of the deep things of God. They were opportunities to come together as a nation and hear from His mouth.

This year is a shmitah year of a cycle of seven with blood red moons showing up at Rosh Hashanah and Tabernacles. I am told that the next time this is possible is some 2,500 years into the future. Is this some ominous sign of coming disaster and destruction? I don’t believe so, but…it is a sign that our God reigns, He is in control, and He has something to say to His people. IS ANYBODY LISTENING? 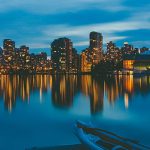 An Outreach to Israel – from CanadaPaul Wilbur