A King Is Coming Review

“A King is Coming” opens with the question…

Why should political correctness undermine our attitudes to family, gender, marriage and protection for the unborn?
Paul Wilbur and Patrick McGuffin go on to tackle the wider political issues of terrorism.

The tragedy of 9/11 was motivated by anti-Christian beliefs, and countless other examples are referenced to the Bible. “This is the battle that John saw as he wrote the book of Revelation—winner takes all!

Yet this is no game.

It is war for Jerusalem, the city of the Great King, and the throne of almighty God.” This battle dates back to Adam and Eve, and Wilbur and McGuffin are clear about the devil – Satan, Lucifer, evil by any name – and his effects then and now. Every chapter ends with “a King is coming!” “A King is Coming” ends with guidance to focus on the truth; He will win.

In “A King is Coming,” Paul Wilbur and Patrick McGuffin dare to lay the blame for the attack on Israel, and Christians worldwide, where it lies, in the minds of terrorists.

“The Tipping Point,” an allegory of a ship sinking, is powerful proof that Wilbur and McGuffin have a handle on 21st century perils. “There is no god but Allah, and he has no son.” Islam admits it is the enemy of Christianity publicly! “A King is Coming” is intensely readable, human, and very American.

The points made have parallels in the UK. I found it… thought-provoking might be the right word for YA readers. It expresses my feelings in one glorious phrase: “The next item on the agenda has become raising the banner of our latest man-made god: political correctness.”

Read “A King is Coming” and you’ll never see the world in the same way again; it’s a brilliant book.

Purchase the Book TODAY and Save on the Shipping cost
A King Is Coming Review2017-10-102017-10-12https://www.wilburministries.com/wp-content/uploads/2019/11/logo.pngWilbur Ministrieshttps://www.wilburministries.com/wp-content/uploads/2017/10/akingiscoming_paulwilbur_blog.jpg200px200px
© Paul Wilbur Ministries | Privacy Policy | Designed by Get Em' Tiger
0 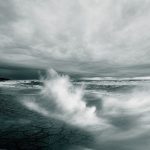