Paul Wilbur has been a worshiper for over four decades and has been a traveling musician for over 45 years. After he accepted the Lord Jesus Christ as his Savior, he experienced a radical change. The very next day Paul wrote his first worship song, and he has never turned back to secular music.

Paul Wilbur and his team have partnered with Integrity Music for an astounding 20 years. The journey began with the company’s first Messianic project entitled “UP TO ZION”, recorded in Chicago, Illinois in 1990. From there, the real legacy continued with the breakout recording, “SHALOM JERUSALEM”, captured live in the City of David in 1995. To date, the ministry has recorded four live projects in Israel, two in Texas and one in Florida. With award-winning sales in the millions of pieces and a Latin Dove Award for best live praise and worship album of the year, there is no end in sight for this growing team. Paul has recorded some 20 projects with Integrity in four languages, and the ministry has been seen in over 90 nations worldwide. 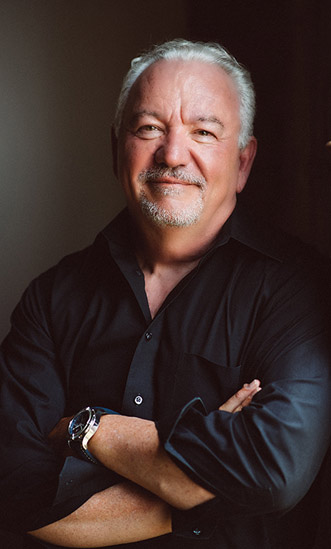 In the fall of 1994, Paul was finishing up his fourth year at Midwest Christian Center in Tinley Park, IL, when the Lord spoke to him very clearly and said, “Ask of me and I will give you the nations…” That brief invitation put Paul’s life and future on a whole new course. After much prayer, fasting and soul searching, Paul and Luanne announced their departure from local pastoral worship ministry to answer the call of God to the nations.

After selling their home, cars, furniture and Baldwin piano, they headed out to do what the Lord had offered them a few short months before. The first phone call of their new lives came from none other than Don Moen of Integrity Music. First, the invitation was to record a new project in the land of Israel. Second, Don wanted to know if Paul was available to do a two-week tour with him in the Philippines. That was the beginning of the ongoing international, cross-cultural, multi-lingual ministry that continues to this day. Two live recordings in Portuguese from Brazil; eight in Spanish, two captured live in Guatemala, Costa Rica, Ecuador and Honduras, and four more recorded live in Israel.

The most dynamic way that Wilbur Ministries is “changing the way the world worships” is through the medium of concert ministry. When deep streams of worship are married with anointed and timely teaching and preaching, the atmosphere is changed and heaven is present. Prayer and personal ministry are often employed as well to bring the entire room into an encounter with the Living God. An evening of concert ministry with the team is meant to be life-changing and not just a nice experience. Wilbur Ministries truly believes that the Lord inhabits the praises of His people, and in that presence is fullness, and joy. 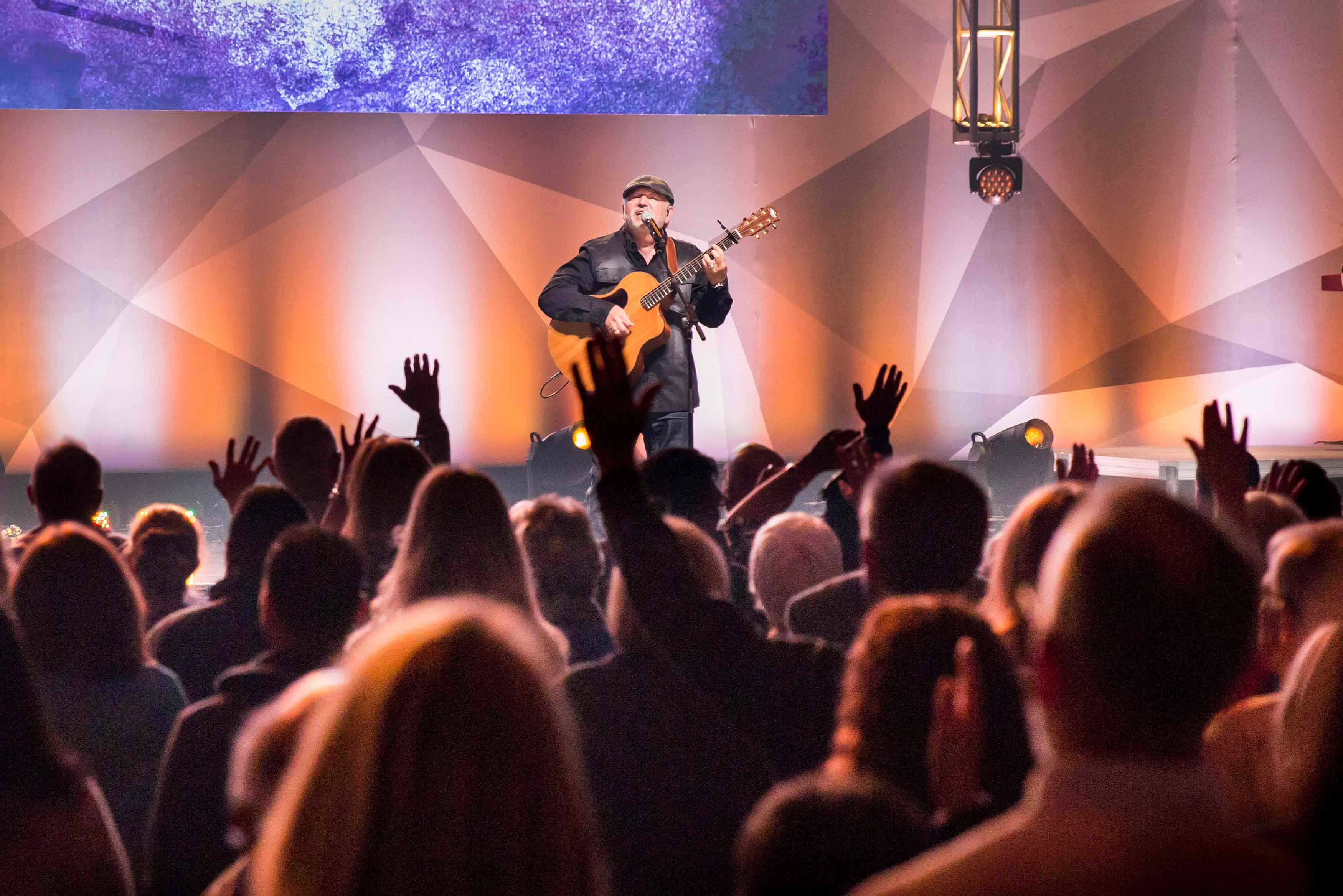 Singer/Songwriter Paul Wilbur has been leading worship and ministering for over four decades in over seventy-five nations. Millions have bought his albums and learned how to connect to God and enjoy His presence over the years. Paul received a Dove Award for best live praise and worship album of the year, ministered in thousands stadiums or churches, and has sung on hundreds of television shows. You may already be one of his over 620,000 followers on Facebook!

So what will your ministry experience by having Paul lead worship for you? Encouragement, anointed worship from one of the world’s foremost Messianic voices, and inspiration to press forward in Jesus are good starters. Paul’s heart is to stir your church to a point of action, because he is not content merely to entertain them. Invite Paul Wilbur to your church or ministry and expect a Holy Spirit encounter!

Paul Wilbur has been preaching, teaching, and leading millions in worship for almost four decades. Millions have bought his albums or seen him lead worship in person, and hundreds of thousands experienced his wit and Godly wisdom as a speaker/teacher. Paul is a best-selling, award-winning author, whose unique blend of insight discovered from worldwide travel and an intimate relationship with Jesus, and mixed with the grease of humor, make his talks engaging, insightful and transformative. Paul has over 620,000 followers on Facebook and has been on hundreds of television, radio, and print interviews as he has ministered in 75 nations. Paul is the co-host of “Together for Israel” on God TV.

So what will your ministry experience by having Paul in? Encouragement, transformative teaching from one of the world’s foremost Messianic voices, and inspiration to press forward in Jesus are good starters. Paul’s heart is to stir your audience, viewers or listeners to a point of action, because he is not content merely to inform them. Give your organization the impact of a Paul Wilbur encounter!

Paul Wilbur has an anointing to take the downloads he receives from the Lord and put them down on paper. Millions have been touched by his worship ministry in song, and now you have the opportunity to grow through the books and articles he writes!

Paul also authored the award-winning title, Touching the Heart of God: Embracing the Calendar of the Kingdom in which he encourages his audience to learn about the King and His Kingdom—its order, its benefits, and the privilege afforded to its citizens in celebrating the greatest victories in recorded history. 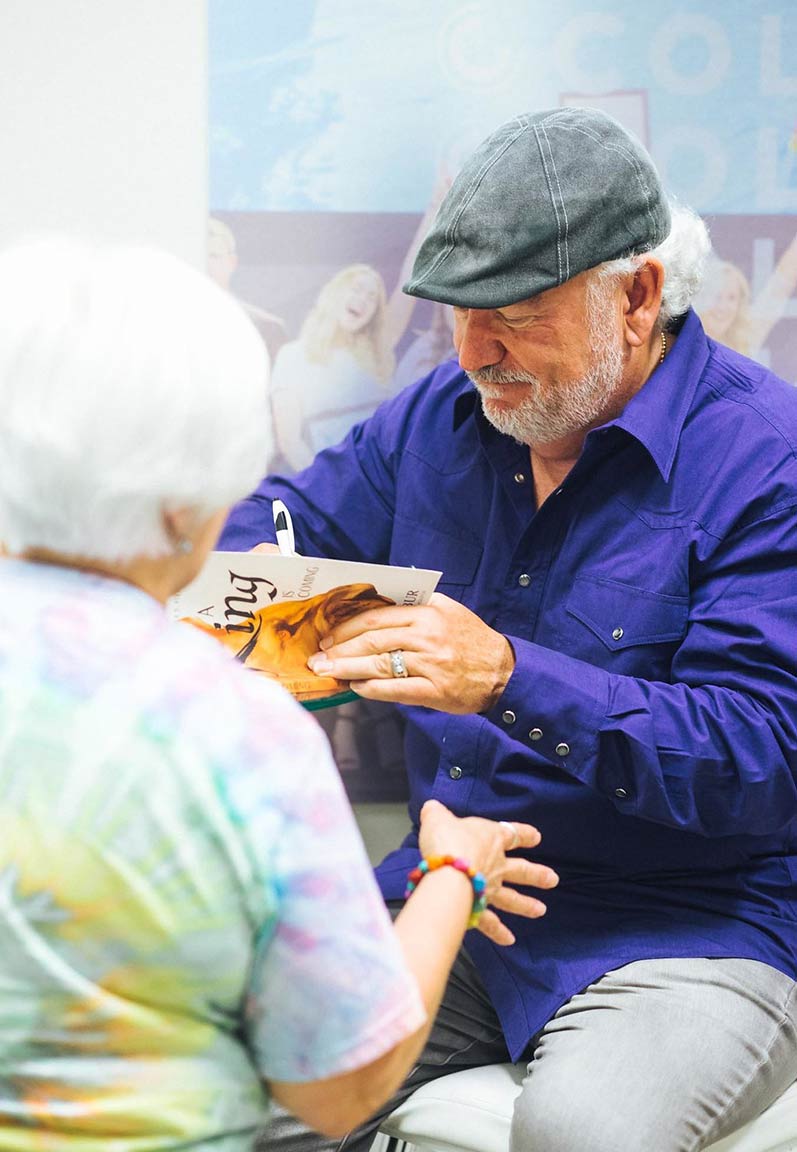