An Outreach to Israel – from Canada

So I’m stuck in my hotel today on a beautifully sunny summer day in Vancouver, B.C., Canada and I thought I would write and give you the skinny on this project I am supporting. Although the idea for the “10 truck tour” of Canada was hatched over a year ago, the collision of timing, vision and resources screams that God is all over it!

Several months ago I received a call from my friend Dean Bye, formerly the Canadian director of Christians for Israel. Many years ago, about 10 or so, we spent weeks together traveling in Canada to every province except one in order to raise awareness and finances for Israel. The message was strong, but I’m afraid the timing was too early for Canadians to receive. This time the results are dramatically different! For more than a year, a successful businessman has been impressed of God to purchase ten white trucks and donate them to Israel in order to help the poor. He has hesitated for some time as he didn’t know how to approach this and how to execute the vision. So along comes Dean Bye with a project he has undertaken to help believers acquire a beautiful parcel of fourteen acres in the Galilee that will become a national meeting place for the Messianic youth as well as a welcome center for new olim (immigrants). They are calling this adventure “Loving God; Blessing Israel.”

As the vision began to take shape, two more ministries join forces to launch and execute the vision; CMJ, Churches Mission to the Jews, and Tikkun, a Messianic ministry based in Jerusalem I am closely affiliated with as an international board member. So, when my friend Dean called and asked me to participate I immediately said ‘yes’ even though the proposed schedule would eat up three days of our annual family vacation. (You can see what a saint my wife has been over nearly four decades of this behavior!)

Now the ten white trucks have been purchased, fifty seven days have been carved out of volunteers lives to drive all across Canada, the fifty seven churches and venues have been identified and we are now three days into the vision…with truly remarkable results! Tonite will be our third event and already more than $100,000 has been raised, NOT including the value of pounds of gold, silver, watches, wedding bands and the like. Why such an outpouring from the hearts of so few Canadians? Well, as Paul Harvey used to say…”and now for the rest of the story.”

One of the most remarkable parts of this story only came to light a few short weeks ago, and has become the driving force and purpose behind the whole vision! It seems that there was a secret village within the complex of Auschwitz death camp where the Jews were herded immediately after disembarking from the cattle cars. Here they were stripped of all their clothing, every earthly possession that was left, and final selection was made from here. It was discovered early on by the Nazis that the people were sewing their remaining wealth into their clothing, shoes, brief cases, in hopes that they might buy their way to freedom, or have something left of their life’s work should they escape. Here in this place they were separated from any hope of buying their way out, robbed of their remaining goods they were sent off to be gassed or work until they had nothing left to give. And what was the name of this place of final despair? Kanada House! Canada is a derivative of the Huron-Iroquois name for “little village”, and became the name of our northern neighbor way back in the late fifteen hundreds.

What a shock this was to my friends who were all set to donate ten trucks to Israel when they learned of this scourge that was given the name of their beloved country! So the question now arose, “what do we do to reverse this curse of plundering the Jews at Kanada House?” RESTORE, RESTORE, RESTORE!! Now the ten trucks have taken on a whole new meaning and purpose. Is it possible that the wealth of the nations have been stored up for the righteous for such a time as this? Is it possible to see these trucks in a whole new light and purpose? Sure we want to purchase that land in the Galilee, but what if that is only the start to something much bigger? What if instead of stealing from the Jews, those trucks could be filled with gold and silver in order to RESTORE the fortunes of Jacob, to bless instead of curse, to give instead of plunder? Can you feel the heart of God in this? What if Canada is only the first of many nations who would catch this vision and desire to RESTORE instead of steal? My heart is being stirred right now even as I write these few lines. Build up, build up…restore, restore…comfort my people says the Spirit of the Living God!

Please pray for the prospering of this vision in Canada, as well as every nation of the earth, and the blessing of the Lord would be poured out once again, Jewish eyes would be opened, and Jerusalem will finally say “Baruch haba b’shem Adonai!” 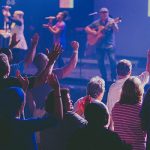 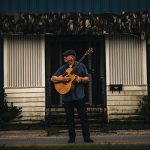 Worshiping Him, by embracing the calendar of the Kingdom!Paul Wilbur, Worship
X
We use cookies to ensure that we give you the best experience on our website. If you continue to use this site we will assume that you are happy with it.OkPrivacy policy