John and Gaye traveled with us, Paul Wilbur Ministries, to Israel last year for the first time. After we announced there would be another trip in 2019 to record a brand-new album, they were some of the first to sign up again. There was just one battle they would have to overcome together to make the journey back. I asked John if he would share his wife’s testimony as I believed it would encourage you all. Please like, share and comment to help spread the word. We serve the God who heals! – Nathan Wilbur

James 5:16
Confess your faults one to another, and pray one for another, that ye may be healed. The effectual fervent prayer of a righteous man availeth much.

Gaye and I went to Israel in June of 2017, with Paul Wilbur Ministries, our first trip to Israel. Paul Wilbur, his son Nathan, and Scott Volk made sure this trip was special to everyone who went. They went out of their way to make it a truly memorable trip. A lot of people offer Israel trips, but I can tell you honestly, that you won’t find anyone better than Paul Wilbur Ministries, to make that trip a memorable and comfortable one. It was apparent all the time that they were genuinely concerned with everyone on tour, not just a hurry-up rush time.

We are going again with them, this coming September 2018 to Israel.  Starting last October, the enemy tried hard to prevent that trip. What touched me was that as busy as Nathan Wilbur is, he always checked with me from time to time all those months on Gaye’s condition.

I want to relate here, only a part of the long story of Gaye’s miracle recovery and thank all those who stood with me in prayer for her.

Many of us have seen miracles, in answered prayer, but it’s those who stand firm and take their requests to the Throne Room in worship who find an answer in time of need. Not giving up, no matter how dark it looks around you. Cry out to the Lord; He is always there to hear your sincere cry.

A LOT went on that it would take a book to relate, about how the Lord touched her, and gave her life. If not for prayer, and the Lord’s touch, she would not be with us today. I will relate a few highlights here, of how God answered all those prayers in a mighty way.

I admitted Gaye to Saginaw Michigan hospital on October 9, 2017, with a severe Sepsis infection, being told by the nurses that had she not come to the hospital when she did, within two days she would have died. But I knew a miracle healer, whose name is Jesus. Who never changes.

Gaye spent four weeks in intensive care and many months in the hospital, afterward. During that initial time, I contacted several people that I knew who honestly followed the Lord Jesus Christ as personal savior and knew how to pray. One was Nathan Wilbur at Paul Wilbur Ministries. I asked him to please add Gaye to his prayers and also send that request to his prayer team.

I received a call at midnight a day after I admitted Gaye to the hospital, from a doctor who told me that Gaye’s chances of survival were slim. He said he wanted to be upfront about it.

A week later another doctor caught me in the hall and told me I might want to call in family members as Gaye was failing. Her liver, kidneys, were failing and also her blood count (Hemoglobin) was continually dropping causing low (oxygen) levels to her brain and organs.  The hospital gave her seven pints of blood over the course of several days. The Hemoglobin would be okay then drop back to critically low.

Four blood specialists couldn’t figure it out, and one told me in his own words, “we are baffled.” The fact was, Gaye was slowly dying, and they were at a loss how to prevent it.

After a couple more days of no change, when I entered the hospital, a doctor came running to me in the hallway. He was the one who had told me how critical she was, and to call in the family for the worst. These are his exact words. “Everything changed, everything just changed” and related how her blood count had suddenly gone from critical toward death, to normal, and her organs showed signs of being restored to proper function. Also, her oxygen blood level was returning to normal. It was almost comical, with the doctor standing there, arms waving, telling me.

From then on, her total recovery had begun. I have seen instant healings, and some are gradual. What was even more astounding is the number of nurses who knew the Lord and took time to pray with her. One also took her cross necklace off and gave it to Gaye.

She went from her usual 120 pounds up to 212 pounds filling with fluid. Blood vessels in her legs began to leak blood. They would cauterize one of the veins then others would start leaking. This caused more fluid to build in her legs and body.

The Sepsis infection also settled in her hip joint and destroyed the bone (ball joint). The Sepsis infection left, but she then had another type of infection set in, preventing the repair to her hip. Also, because of her erratic behavior, being so sick several psych doctors began loading her up with meds, which made her condition worse. Gaye had no clue where she was or most days, who I was.

Being heavily medicated added to the problem of her recovery.  I saw the enemy’s work again trying to destroy her. The doctor even told me she would probably be affected mentally by the Sepsis even if she did live.

The specialists wanted to send her to a Psych hospital, and I refused, get her off the drugs I told them, and she will be fine. They all thought I was in denial, about her condition.  But I knew the Lord had touched her.  You have her overmedicated for no good reason I told them.

To shorten the story, she came home in April 2018…

She had not been able to walk on her own for nearly six months. Also, being overly medicated for so long she had to be weaned off the drugs slowly. Prayer that she would have no side effects from withdrawal…she had none. The doctors checked her brain, and heart valves for damage from the infection, and found nothing. A few who saw her so sick, and now see her well are astounded at her recovery. We recently ran into two nurses at a store, who had been with her for a month, and they couldn’t believe she was alert, out shopping, when the last time they saw her, she was disoriented, unable to walk by herself, and confused.

Once Gaye was home gaining strength, she related to me how she had a visitation one eve a month ago while sitting back in her chair at the house. An Angel came, stood by the arm of her chair, looked at her, smiled, then was left.

Gaye asked me, why did Jesus do all this for me? I told her because He loves you, and that had it not been for others standing in the gap lifting you up to Him in prayer, and Him answering those prayers, you would be dead. Gaye is not anyone special in Gods eyes, any more than you are. God’s word shows His desire and will for us.

We in this life face many battles, but those who continue to stay close to Jesus, follow Him, and His word, and do not give up, even when all around you looks dark, will come through the dark times, no matter what we face in this life.

To those in need, of a touch from the Lord, I can tell you this. Do not EVER limit Him. If you reach out to Him from your heart, your needs, He will hear you. Don’t quit, don’t give up, no matter how bleak things look. Many times, I ignored the adverse reports of the doctors, and just took it to the Lord in prayer. I don’t ever believe I was as open and dependent on Him or reached out to Him like I did all those months. I learned much during this time.  Too often we offer Him a token prayer.

My special appreciation and thank you to all who added Gaye to your prayers. A big thank you to Nathan and Paul Wilbur Ministries who stood with us in this time of real need. Don’t EVER underestimate the power of prayer.

In closing, I heard a pastor recently mention the time the Lord spoke to him about Mark 11:22-24. The Lord told him, “You believe I am able to do these things …BUT your problem is…. you don’t believe that I will!” He said it hit him like a rock.

Mark 11:22-24
22 So Jesus answered and said to them, “Have faith in God. 23 For assuredly, I say to you; whoever says to this mountain, ‘Be removed and be cast into the sea,’ and does not doubt in his heart, but believes that those things he says will be done, he will have whatever he says. 24 Therefore I say to you, whatever things you ask when you pray, believe that you receive them, and you will have them.

Sow and Help Us Reach the Nations 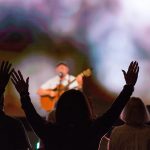 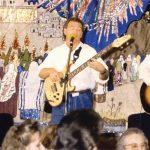 1988: FIRST MESSIANIC JEWISH CONFERENCE IN JERUSALEM IN 1900 YEARSWilbur Ministries
X
We use cookies to ensure that we give you the best experience on our website. If you continue to use this site we will assume that you are happy with it.OkPrivacy policy